The unofficial, unaffiliated Warcraft fan fiction ebook is set during the time of the first war, and chronicles the backstory of Phoenix Bloodheart, a troubled high elf rogue that makes unlikely friends with a runaway orc.

Phoenix is a shy inn worker forced into a perilous gang war after she inadvertently commits a crime and her mother is kidnapped. She is unlike other elves: she has never had an affinity for magic, but soon suffers from blackouts – and bloodlust.

The ebook was written over the past two years by Dominic Sacco in his spare time. Dominic was inspired to write the book when asked about his World of Warcraft roleplay character’s backstory and wanted to create something that other World of Warcraft fans, roleplayers and gamers might enjoy.

Turning Red is available to read now as a free ebook download on Smashwords, plus it’s live on various fan fiction platforms such as FanFiction.net and Archive of our Own.

A special book launch party will take place on Dominic Sacco’s Twitch channel on Friday June 12th at 9pm, and will include a book reading, Q&A, trailer reveal and giveaways of limited edition physical copies.

Dominic Sacco, author of Turning Red, commented: “Having played World of Warcraft on and off since vanilla, mainly as a rogue, I have grown to live and breathe that character class. I absolutely adore everything about it, the stealth, dual-wielding and class fantasy, but I wanted to create a character that doesn’t follow that typical archetype. Someone flawed, with potential.

“If I’m being honest, I feel that Phoenix is probably some kind of projection of myself. That wasn’t done on purpose, but something I realised about halfway through the book. Although I’m enthusiastic, I have a short temper (hey, I’m a Scorpio)! So writing this character has actually acted as some kind of therapy for that! Regardless, a lot of blood, sweat and tears went into this book and I’m hoping to write more novels in the future, so if you do read it, I’d love to hear your feedback.”

Blurb: Rise of a phoenix

Born in the enchanted elven kingdom of Quel’Thalas, Phoenix is unlike other high elves: she has never had an affinity for magic.

Raised by a prostitute, she quickly grows disillusioned by her mother’s profession and drug use, making her an anxious, quiet child. Her life is grey and going nowhere.

But when Phoenix inadvertently commits a crime and her mother goes missing, fate threatens to turn her life into a living nightmare.

Homeless and alone, Phoenix gets caught up in a perilous gang war and is forced to adapt in order to survive. She takes a side, but is it the right one? Can her allies be trusted if they are keeping secrets from her? Can they turn this flawed, redheaded rogue into a formidable swordfighter and find her mother?

Aside from the many trials she will face on her journey, Phoenix must also do battle with the most dangerous and unstable entity she knows: her mind.

Review: ‘Well-paced and leaves you wanting more – worth a try for any fantasy fan’

James Batchelor, author of urban fantasy Wandless, said in a review: “Turning Red offers more depth than your typical fanfic. Phoenix is a compelling protagonist whose seemingly uncontrollable anger issues ramp up the tension throughout the book and her transformation over the course of her adventure makes her more and more likeable as the story goes on. There’s an engaging cast of characters around her, who show off strong and loveable personalities within just a few lines of dialogue.

“Perhaps the best aspect of this story is how character-driven the plot is. Rather than spinning an epic story of world-saving heroes, prophecies and chosen ones, this has a smaller scope but high personal stakes. It’s also very accessible for anyone who hasn’t played World of Warcraft and is unfamiliar with the specifics of the lore and locations. It’s a long read, but well-paced and leaves you wanting more. Worth a try for any fantasy fan.”

Turning Red is available to read for free on the following platforms:

You can read more about Turning Red and Phoenix Bloodheart at www.dominicsacco.com 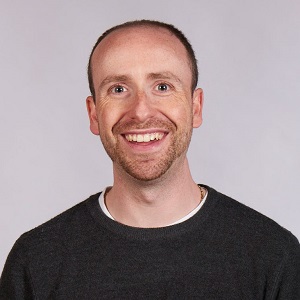 Dominic is a 34-year-old award-winning esports journalist, editor, content creator, speaker, interviewer and author, based in the UK.

He is the founder of Esports News UK, co-founder of the UK Esports Awards and works as head of content at the British Esports Association. Oh, and he’s a huge World of Warcraft and League of Legends fan.

For press enquiries/more information, or if you would like to interview Dominic Sacco or publish an excerpt from the book, please email phoenixbloodheart@gmail.com or call 07834 793627.

Dominic is available for interviews and can happily talk about the book, a possible sequel, playing as a rogue from vanilla to current retail WoW, his work as an esports news editor, background as a gamer and more.

He’s also open for websites to publish an excerpt from the book. Please contact him to discuss this.

I'm an editor, esports journalist, speaker, author, content creator and interviewer with a love for League of Legends and Arsenal. View more posts